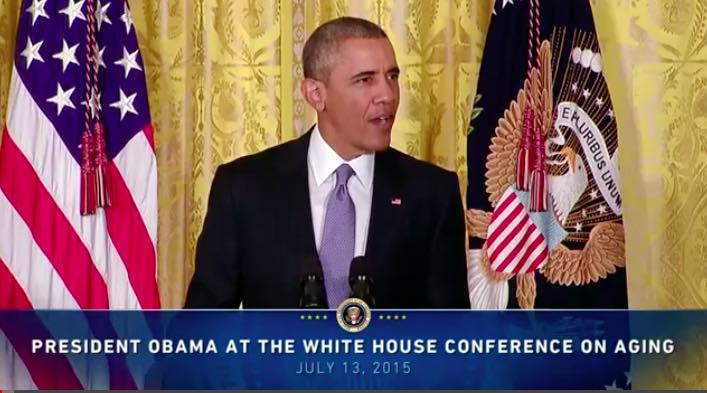 Last week was a huge week in aging policy. On Monday, the White House hosted the once-a-decade Conference on Aging, an event that featured both new announcements and longtime advocates. And then on Thursday, the Senate passed the Older Americans Act Reauthorization Act by unanimous consent. It’s probably the most attention that aging issues have received in… well, in a very long time.

While advocates have a lot to cheer over the recent events, there is still much to be done. And without the bright, shiny spotlight of the White House Conference on Aging, aging advocates will be competing with the multitude of other issues facing policymakers and the upcoming presidential election. What can the aging community do? Here’s a few recommendations that come to mind.

The Older Americans Act’s reauthorization cleared one chamber—that doesn’t make it law. Advocates have been pushing for this reauthorization for years now, and it’s still not over even with the Senate’s unanimous vote. The Senate’s action is a huge step in the legislative process given its procedural rules. Now the House has to act, either on its own version (which hasn’t been introduced) or on the Senate bill. If it chooses to, the House can move what’s deemed non-controversial bills on a “fast track.” And on a related note…

Funding, or appropriations, still remains a challenge. The Older Americans Act (OAA) authorization expired in 2011, but again that’s not fatal to a federal program. OAA programs have continued to receive funding year after year even though their authorization expired. According to the Congressional Research Service, OAA programs currently receive nearly $1.9 billion in funding, a slight increase over the last fiscal year’s level. This year, the Senate and House appropriations committees have already proposed funding levels for these programs, but overall funding levels remain a big point of contention in Congress.

Aging is still seen through the political and policy lens of entitlements such as Medicare. Look at the President’s remarksat the White House Conference on Aging: he mentioned Medicare sixteen times. He mentioned OAA once, calling for its reauthorization. For advocates, this is a PR challenge because the Older Americans Act will never receive the attention that Medicare even though both share a fiftieth anniversary this year. Focusing on Medicare also ignores other important services such as housing, transportation, and nutrition.

Build on the momentum—aging is not going to have a moment like this for a long time. Advocates have a small window to build on the White House conference’s four themes—elder justice, long-term care, healthy aging, and retirement security—to educate both policymakers and the public that aging policy is larger than just Medicare, Medicaid, and Social Security. Further, this is the one time when federal agencies are all thinking about aging in a coordinated way, and advocates should push for them to continue these lines of communication. And they aren’t alone: the Government Accountability Office recently called for greater agency coordination and a strategic vision for supporting older adults.