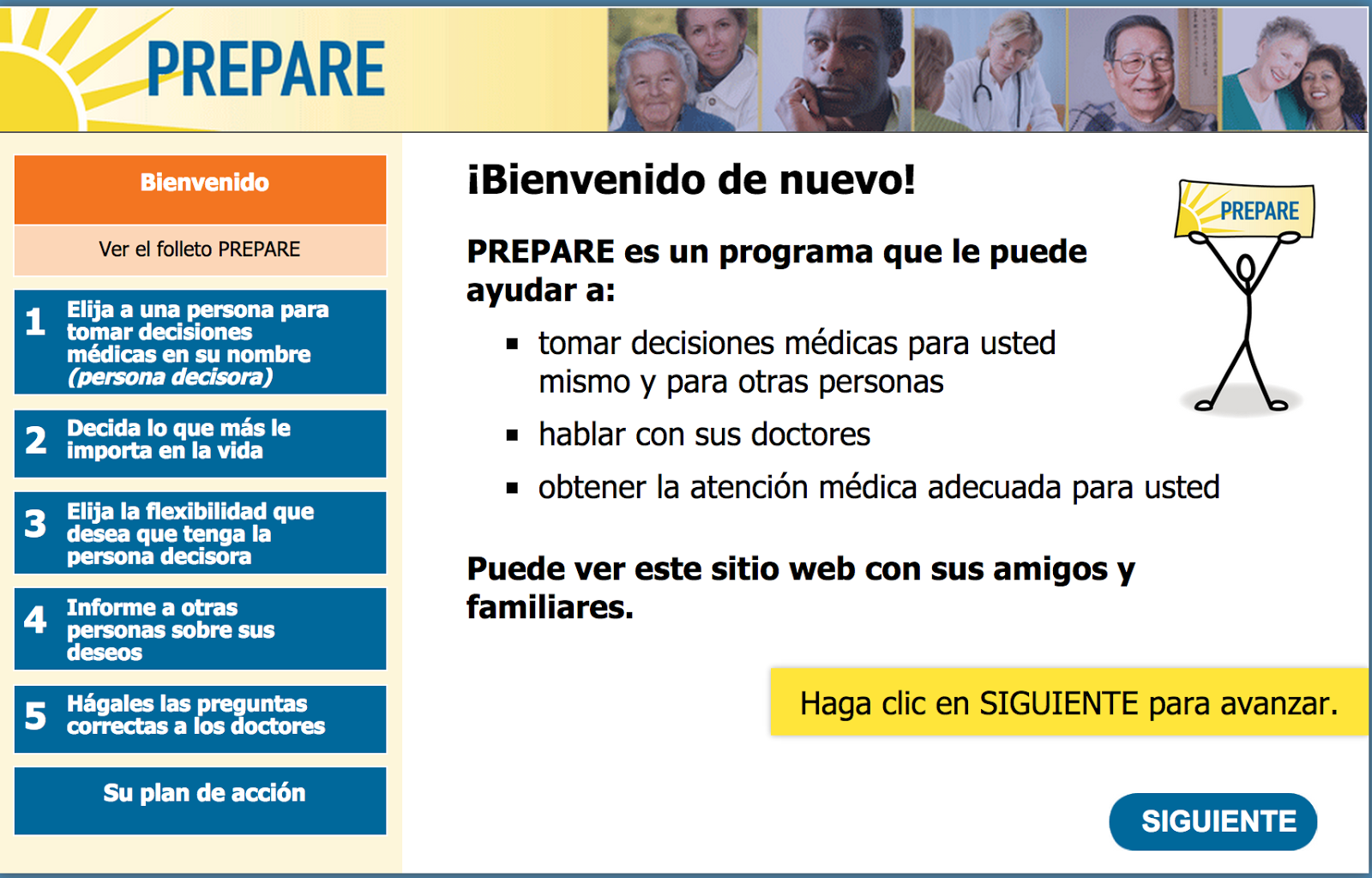 Do you have Spanish-speaking patients?  If you do, then point them toward PREPARE in Spanish!

That’s just one of the reasons that work like Prepare in Spanish is so important.

PREPAREis a program that uses videos and personal stories to help people identify what matters most in life, communicate with loved ones and clinicians, and make informed medical decisions based on their values. PREPAREis appropriate for any person at any stage in their life and at any stage of readiness to engage in advance care planning.

Prepare was launched to the public in 2013. Since then it has received close to 50,000 unique visitors from over 115 countries.

Through generous support from the California Healthcare Foundation, PREPARE has been “transcreated” into Spanish after careful pilot testing within the Spanish-speaking community. (espanol.Prepareforyourcare.org)