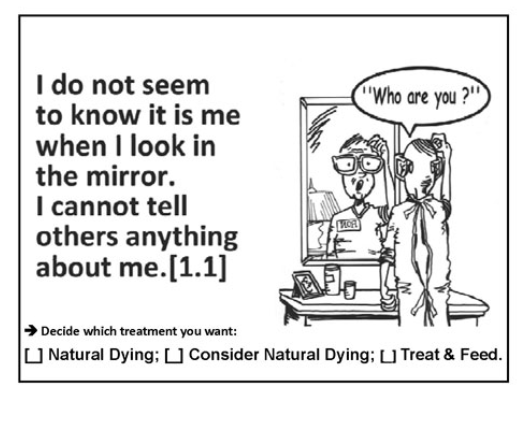 Every once and a while, a new innovation comes along that makes you go, “Wow!” or, “I never would have thought of that” or, “Not sure if it will work, but I’m sure interested to find out.”

The following three
are interesting not only because of the ideas themselves, but also
because of the different ways they are going about funding: for-profit
(Vital Decisions), both for-profit and not-for-profit (ResolutionCare),
and non-profit (Caring Advocates).

2.  Crowdfunding palliative care.  ResolutionCare based out of Humboldt county in Northern California has launched a crowdfundingcampaign on indiegogoto raise $100,000 in November.  The money will go toward building a palliative care service for patients with serious illness, particularly those living in rural areas.  The care model is based on Project Echo, a remarkably successful program that started at the University of New Mexico to improve care for rural patients with Hepatitis C.  The central idea is that expert palliative care specialists on the ResolutionCareteam will use video technology to conduct video consults with doctors and other providers at outlying practices.  This will increase the reach and impact of the the ResolutionCare team, and hopefully, increase the quality of palliative care delivered by the providers who consult.  Major outstanding questions: is palliative care similar enough to hepatitis C treatment that the Project Echo method will be effective? Do video palliative care consults to healthcare providers improve the quality of care for patients living with serious illness? Will people give money to crowdfund palliative care?

3.  Pocket card decision aids.  Dr. Stan Terman in Southern California is on a mission.  His mission is to ensure that patients who later develop advanced dementia will not be forced to endure treatments they would not have wanted.  His nonprofit company, Caring Advocates, has created a series of pocket cards to help people plan and make choices about the type of care they would prefer in various states of health.  An example is below.  He has also produced some provocative videos that might be used for teaching.  For example, he made a YouTube video version of his talk at the American Society of Bioethics and Humanities titled, “Must we all die with forced hand feeding in advanced dementia?”  Hard to not click on that, isn’t it?  Compelling story of a woman in Canada with a clear advance directive who is being hand fed despite her directive and her daughter’s wishes – he has video of the patient and her distraught daughter. Major outstanding questions: do pocket cards work as decision aids?  Will they be widely used?